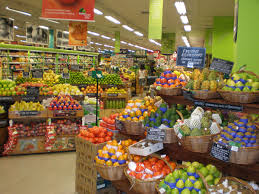 Food is food – right? You walk into your supermarket and shop! If only it was that simple and straightforward! There is organic, conventionally grown/raised, grass-fed, grass-finished, wild caught, pasture raised and now there is genetically modified.

One of the biggest problems is that most people have no idea how to tell one from the other. This is why I provide resources to help people know how to make the healthiest choices. Most supermarkets have close to 47,000 items. Talk about overwhelming!

You may be wondering exactly what genetically modified (GM) foods are. According to truthwiki.org:

“Genetically modified crops (GMCs, GM crops, or biotech crops) are plants used in agriculture, the DNA of which has been modified using genetic engineering techniques. In most cases the aim is to introduce a new trait to the plant which does not occur naturally in the species. Examples in food crops include resistance to certain pests, diseases, or environmental conditions, reduction of spoilage, or resistance to chemical treatments (e.g. resistance to a herbicide), or improving the nutrient profile of the crop.”

Sounds like that should be a good thing, but since when do we know better than God how to create foods? Actually, there is a great deal of evidence that these foods are harmful to our health. Why? Well, I’m glad you asked. First of all as the article explains, 70% of processed foods contain GM ingredients! And the average American’s diet is full of packaged, processed foods!

Here are 7 reasons to avoid them at all costs:

1. Is your tomato really a tomato? It looks like a tomato. It cooks like a tomato but if it is a GM tomato, looks can be deceiving because by definition the “genes” that make a tomato a tomato have been changed. So what exactly are you eating?

2. The nutritional value has been altered. Studies show that GM foods are much lower nutritional value than their organic or even conventionally grown counterparts. This is part of the reason why eating a diet composed of mostly GM foods will lead to nutritional deficiencies. Nutrition is the #1 factor in overall health, including avoiding cancer. It’s not hard to see why GM foods would increase your risk of developing cancer.

3. When foods are genetically modified certain genes are inserted that were not originally part of the plant’s DNA. That new DNA has been found to be transferred into human intestinal bacteria when the food is eaten. That new DNA (which could be for producing a pesticide to “protect” the plan) will now live in that person’s body! That is very likely to cause degenerative disease at the very least. So even after we stop eating GM foods, we may still have their GM proteins produced continuously inside us.

4. Farming chemicals and herbicides are known to cause cancer. Farms cultivating GM crops used 2 to 5 times more herbicides than farms using conventional methods to control weeds. That means those foods are exposed to and absorb more of the toxic pesticides and present it to the consumer!

5. Unlike safety evaluations for drugs, there are no human clinical trials of GM foods (for obvious reasons). The only published human feeding experiment revealed that the genetic material inserted into GM soy transfers into bacteria living inside our intestines and continues to function from there.

7. So in response to the results of tests on milk from cows injected with genetically engineered bovine growth hormone (rbGH), Monsanto employees refused to drink milk again unless it was organic because Insulin-like Growth Factor (IGF-1) is well-known for causing cancer and the scientists were well aware that IGF-1 was found on rbGH, the hormone they inject into the milk-producing cows.

Have I convinced you to avoid GM foods at all costs?

I am a holistic health coach and independent nutritional consultant. All my coaching plans are based on my 3-D Living program and a big part of that are the Youngevity Products and Supplements I proudly offer! Visit my website at http://www.threedimensionalvitality.com and learn more about the products and my coaching plans!
View all posts by amusico →
This entry was posted in Uncategorized and tagged cancer, diet, foods, genetically engineered foods, GMOs, health, nutrition, organic, shopping, supermarket. Bookmark the permalink.

Share your thoughts - what do you think about this? Cancel reply